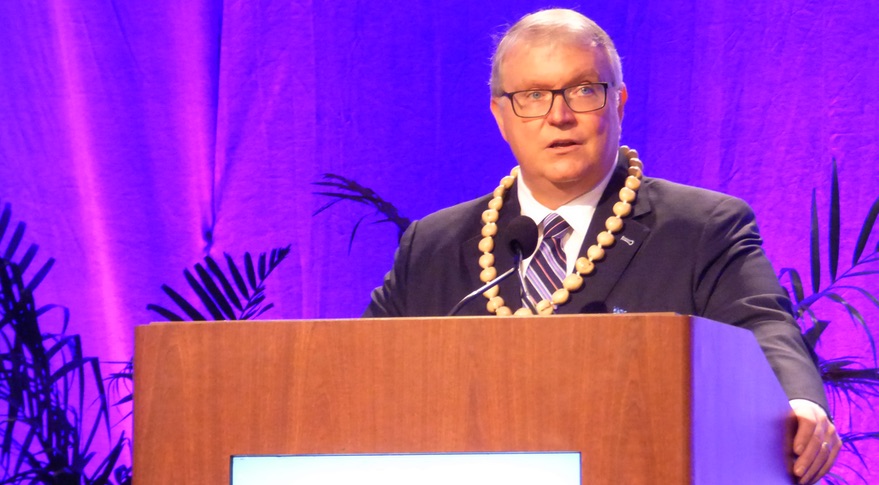 WAILEA, Hawaii — The future of space situational awareness (SSA) will increasingly rely on governments and companies sharing data that can be used to improve knowledge of space objects and create more accurate warnings of close approaches.

That message was a theme of sessions at the Advanced Maui Optical and Space Surveillance Technologies, or AMOS, conference here Sept. 20, where officials from the U.S. and other countries made the case for enhanced sharing of data.

“I think I have the greatest job in the world because I get to give away free data to satellite operators and military partners and researchers who are accomplishing amazing things,” she said. She added, though, that the job can be “frustrating” since many of those organizations ask for additional data that the Air Force does have available, “but because our data comes from systems that are meant to protect our national security, we’re naturally limited in what we can provide.”

With growing SSA capabilities by both companies and other countries, there has been a push for pooling that data. One of the Commerce Department’s early initiatives in space traffic management, as directed by Space Policy Directive (SPD) 3, is the creation of what it calls an “open architecture data repository,” or OADR, that would combine Air Force data with that from other sources.

“We see the OADR as the place from which you ultimately create conjunction notifications, per SPD-3, based on the DOD authoritative catalog and a wide range of commercial and allied services,” said Kevin O’Connell, director of the Office of Space Commerce in the Commerce Department.

That repository, he added, will also be a “marketplace” for new SSA providers to demonstrate their capabilities and provide value-added services on top of the basic space traffic management services that the government will continue to provide for free even after that responsibility shifts to the Commerce Department no later than 2024.

One issue with the open data approach, he acknowledged, is validating the data and determining its quality. “We also have to evolve a mechanism by which we’re validating what comes into the architecture,” he said. “Over time in a marketplace, you’ll get some sense who is better for which purposes, and who many not actually be delivering that they claim to be delivering. It sort of sorts out in the market.”

The United States is not alone in seeking to share SSA data. A consortium of eight European Union member states called EU Space Surveillance and Tracking combine SSA data into a single system that provides services for European governments and operators.

“There is a political awareness in Europe on the importance of space situational awareness,” said Pascal Faucher of the French space agency CNES, who chairs the consortium. “It becomes a real component of the future European space programs.”

He noted that the consortium is not trying to duplicate or compete with American capabilities, but instead provide tailored, “haute couture” services designed specifically for European operators. Over time, he envisioned the consortium would share information with other European Union governments and organizations. “In the future, we could also imagine some routine exchange of information and data with the United States or with other like-minded nations,” he said.

Mark Mulholland, chief engineer for SSA and space traffic management in the Office of Space Commerce, compared data sharing to the routine, free exchange of weather data among governments. That data is used in a variety of different weather models, and while governments offer free weather forecasting services based on those data and models, companies also offer value-added services.

“Isn’t this exactly what we’re trying to do in the SSA and STM enterprise?” he asked. “This is our one shot to get it right.”