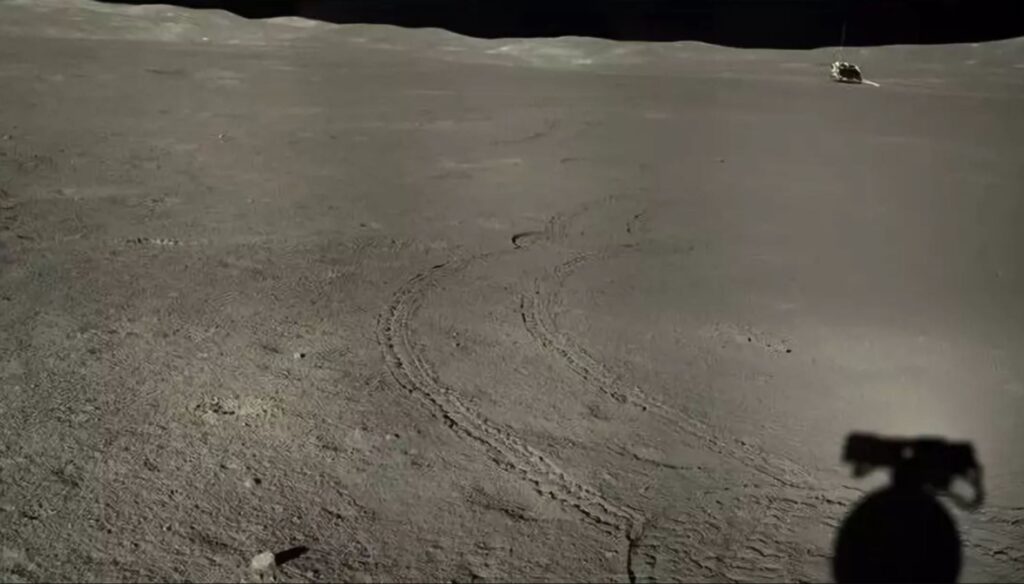 HELSINKI — Russia and China have agreed to joint exploration of the moon following at meeting of heads of government in St. Petersburg.

The agreements will see cooperation in Russia’s Luna-26 orbiter spacecraft and Chang’e-7 polar landing mission, according to Roscosmos, which could involve contributions of science payloads to the respective spacecraft. Both missions are currently scheduled for the early-to-mid 2020s.

The two sides also committed to previously announced plans to create a joint lunar and deep space data center, which will consist of hubs in both Russia and China.

The documents were signed Tuesday by Dmitry Rogozin, Director General of Roscosmos, and Zhang Keqiang, head of the China National Space Administration.

Russia assisted China’s Chang’e-4 lunar far side landing mission with the provision of a radioisotope thermoelectric generator. Preliminary research on ultrasonic drilling techniques for detecting water within extraterrestrial surfaces is also being carried out by Russian and Chinese universities.

Joan Johnson-Freese, a professor of national security affairs at the Naval War College in Newport, Rhode Island, told SpaceNews that the agreement was “another indicator that other countries see the Chinese program as the lunar program to watch.”

“China has the political will to follow through with space plans, regardless of timetables, and Russia is motivated to cooperate with them through its sole strategic purpose — make things difficult for democracies in general and the US in particular,” Johnson-Freese, expressing her personal views, says.

The cooperation announcement came a day ahead of a Sept. 18 hearing of the House Science Committee’s space subcommittee in which members expressed skepticism toward NASA’s approach to returning humans to the moon by 2024. A House draft of a continuing resolution released the same day did not include any special provisions for NASA, thereby threatening to delay work on lunar landers needed for the Artemis program.

Roscosmos has been studying a series of lunar orbiter and lander missions since the 2000s. A lander named Luna-25 is, after postponements, scheduled for the 2020s. Following on will be the Luna-26 orbiter, as well as a lander and sample return missions for studying the lunar south polar regions.

NASA held discussions in 2017 regarding potential involvement in Russia’s lunar exploration missions. Roscosmos is meanwhile involved in the plans for the Gateway, a NASA-led lunar orbit space station designed to assist human exploration of the moon.

At the opening of a lunar and deep space exploration conference July 22 in Zhuhai, southern China, state news agency Xinhua reported that “China, Russia and Europe” had agreed to explore a plan to jointly establish a scientific research station on the moon.

An official with the European Space Agency told SpaceNews that while discussions regarding future lunar exploration has begun among experts, no decisions have been finalized and nothing has yet been endorsed by ESA and its member states.

China had stated it would launch the Chang’e-5 lunar sample return mission late this year. However further delays to the return-to-flight of the Long March 5 heavy lift rocket have seen that mission pushed into 2020.

The Long March 5 could still launch late this year, carrying the experimental Shijian-20 communications satellite. If successful, priority will then be given to a test launch for the planned Chinese Space Station, followed by the country’s 2020 Mars mission, which will have a short launch window in late July to early August.

Chang’e-6, which will involve France and also has 10 kilograms of payload available for further international payloads, will be second lunar sample return around 2023. It is likely to target the lunar south pole or the far side of the moon.

China will then proceed to an extended phase of lunar exploration involving Chang’e-7 and further lunar landing missions. The aim will be to establish a robotic “research base” and carry out lunar resource in situ utilization tests, “bio-scientific experiments,” and test rare-gas extraction from the lunar regolith and 3D-printing.

The missions will include an orbiter, relay satellite, as well as landing and test craft, a rover and a flying vehicle, according to officials from the China Aerospace Science and Technology Corporation (CASC), the state-owned main contractor for the Chinese space program.

The expanded lunar project has not yet received official approval from the government. Approval could follow with the formulation of China’s next five-year plan, covering 2021-2025.