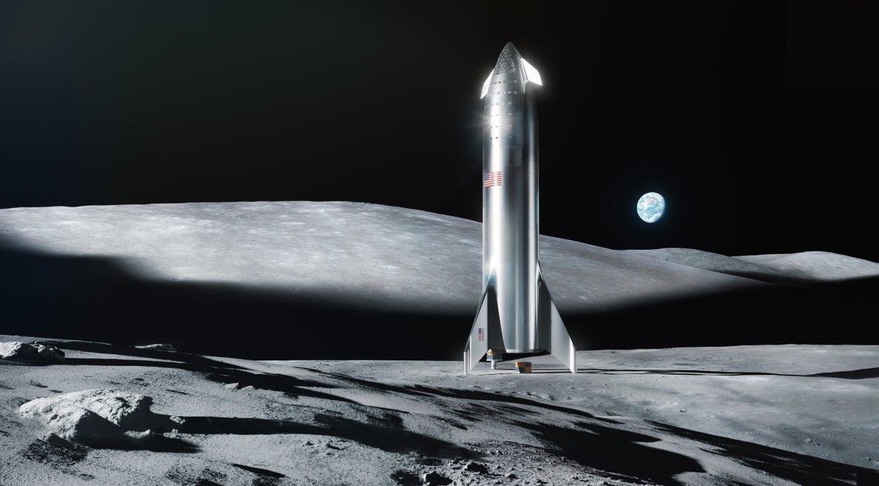 ATLANTA — Blue Origin and SpaceX have secured multiple agreements with NASA intended to support the development of technologies for launch vehicles and lunar landers.

The two companies are among the 13 that NASA announced July 30 had received non-reimbursable Space Act Agreements through the agency’s Space Technology Mission Directorate. The agreements do not provide any funding to the companies but instead allow them to work with NASA centers and tap into their expertise in a range of technologies.

“NASA’s proven experience and unique facilities are helping commercial companies mature their technologies at a competitive pace,” said James Reuter, associate administrator for space technology at NASA, in an agency statement. “We’ve identified technology areas NASA needs for future missions, and these public-private partnerships will accelerate their development so we can implement them faster.”

Blue Origin, which unveiled the design of its Blue Moon lunar lander in May, won three agreements that will support work on that lander. One agreement, involving the Johnson Space Center and Goddard Space Flight Center, covers development of a guidance and navigation system for the lander to enable precise landings. A second, with Johnson and the Glenn Research Center, supports development of a fuel cell for the lander. The third agreement, with the Marshall Space Flight Center and Langley Research Center, involves work on high-temperature materials for engine nozzles for use on lunar landers.

NASA awarded SpaceX two agreements. One, with the Kennedy Space Center, will advance technology for landing large vehicles, like the company’s Starship vehicle under development, on the moon, such as modeling the interaction of the vehicle’s engine plumes with the surface. The other, with Glenn and Marshall, will study in-space propellant transfer. SpaceX plans to use in-space propellant transfer to fuel its Starship vehicles once in orbit, maximizing the payload they can carry for missions to the moon or Mars.

The new agreements add to the extensive portfolio of Space Act Agreements the two companies have with NASA. Both companies were involved in the commercial crew program, and Blue Origin, while deciding not to compete for later phases of the effort, extended its agreement on an unfunded basis to support technology development. Blue Origin has several other Space Act Agreements, including some covering engine development work at Marshall and environmental testing at Glenn’s Plum Brook Station.

SpaceX also has a number of Space Act Agreements, many of which are with the Kennedy Space Center covering launch operations. The company also signed an agreement with the Ames Research Center in June 2018 to supporting work on thermal protection systems for its next-generation launch system, then known as BFR.

Among the other companies that received NASA agreements for exploration technology development is Sierra Nevada Corporation (SNC). One agreement with Langley involves infrared imaging of the company’s Dream Chaser spacecraft as it reenters to monitor the vehicle’s performance. The other, also with Langley, will study the development of a deployable decelerator that could be used for the recovery of launch vehicle upper stages.

Maxar Technologies received two agreements, one covering work prototyping electronics for a “semi-rigid” deployable antenna and the other for testing of new solar cell technologies. Lockheed Martin also won two agreements, one for testing advanced materials and the other to work on autonomous systems to support in-space plant growth systems. Aerojet Rocketdyne received one agreement to work a lightweight rocket engine combustion chamber.

Several smaller companies received individual awards on topics ranging from development of a navigation system for lunar missions to the use of aerogels in launch vehicle payload fairings to testing of technologies for a deployable heat shield.