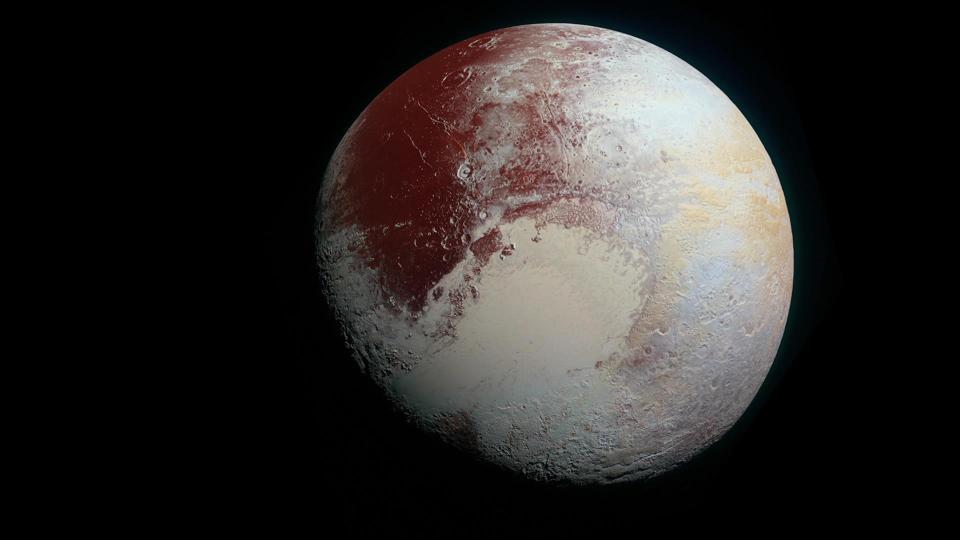 Sorry, not everybody gets to be a planet. I know, I know. It’s not fair. But life’s not fair either, so we might as well all get used to it.

Before 2006 there wasn’t a strict definition of the word “planet” – instead it was just a catch-all term applied to things that a) definitely weren’t stars, b) also not asteroids or comets, and c) kind of large. But with that happy-go-lucky definition, Pluto always stuck out. It was small, but not much farther out that one of the giant planets, Neptune. And it had a weird orbit. And a giant satellite.

Then beginning in the 1990’s we found that Pluto had a lot of friends. Friends with similar sizes and similar orbits. Are we really facing a reality with 20 planets? 200? 20,000?

So, time to tighten the reigns in the wild west of planetary science: a definition of planet specifically designed to outlaw Pluto. To be a planet, you must:

2) Be large enough that your own gravity pulls you into a spherical shape.

3) Clear your orbital neighborhood of any debris.

Pluto fails 3), since it has such a large satellite, and there’s so much other junk hanging out nearby. In other words, Pluto never became the boss of its own orbit.

This definition was adopted in 2006 with a vote at a meeting of the International Astronomical Union. But it wasn’t unanimous. Many astronomers and planetary scientists dispute this definition and the resulting demotion of Pluto to “dwarf planet”, and not necessarily for sentimental reasons.

Their contention: Pluto looks, acts, sounds, tastes, and smells like a planet. If you were to put it anywhere else in the solar system, it would’ve always been called a planet without a second thought.

The argument continues, but in the meantime all the grade school textbooks have been updated with the new definition. Will we have to do a rewrite in another few years? Maybe, maybe not.

Either way, Pluto will still be there, hanging out, being itself, regardless of what we call it.