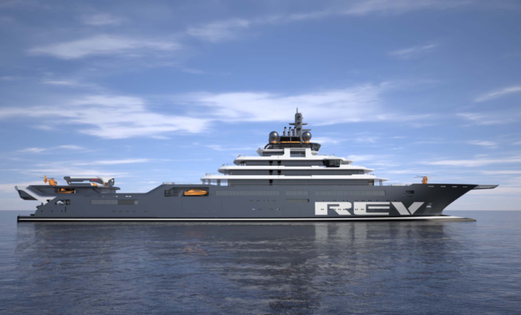 Kjell Inge Rokke carved out his fortune by being a ruthless corporate raider in the fishing industry. He started by purchasing a 69-foot trawler in Seattle in 1982 and selling fish off a boat before returning to Norway where he built a fleet. He now owns nearly 67% of publicly traded Aker, a shipping and offshore drilling conglomerate. By 2018, he was adjudged to be the wealthiest person in Norway, with a fortune of NOK 20.6 billion, approximately $2.4 billion.

In 2017, Røkke and his wife joined the Gates-Buffett The Giving Pledge, an elite network of philanthropic givers. Pledge members promise to devote the majority of their wealth to philanthropic causes during their lifetimes or after their death. Given his background, it was no surprise that Røkke focused on the ocean for his environmental efforts and set up REV Ocean.

The ocean covers 70 percent of the planet and is a vital source of food, jobs, value creation, and welfare development. However, we have lost more than 40 percent of the biodiversity in the ocean in the past 40 years, and the ocean is under increasing pressure. The need for knowledge and solutions is pressing.

“The impact of humanity on the oceans whether it comes in the form of pollution, impact on fisheries and climate change is readily apparent,” Lawrence Hislop, communications manager Rev Ocean, says. “There is clear evidence that the oceans have been slowly deteriorating over the past four or five decades to the point where we have quite dramatic impacts.

“Kjell Inge Røkke is very interested in having somebody manage this project who has a very strong environmental sensitivity and environmental background. He brought on Nina Jensen, our CEO who was previously the Secretary-General of the World Wildlife Fund here in Norway.

“In terms of priority areas, we quickly realized that we needed to focus on just a handful of areas because there are so many different challenges for the oceans. After discussions with leading marine researchers, we decided to focus on climate change and ocean acidification, plastic, and marine pollution and then overfishing and bycatch related issues.

REV Ocean is working to improve our understanding of the ocean and foster concrete solutions through three initiatives – a research and expedition vessel, world ocean headquarters, and the Ocean Data Platform.

The ship will be equipped for conducting researching covering the entire marine ecosystem, and many of the technology systems onboard have been developed by world-leading knowledge clusters in Norway. An independent scientific committee will evaluate and recommend research projects to pursue and ensure the highest level of scientific standards and research quality. The vessel can take 60 scientists and 30 crew onboard.

For the headquarters, the vision is to assemble knowledge-based institutions in the marine sector including sustainable fisheries and ocean management, shipping, marine technology, aquaculture, public and private industry initiatives, NGOs and educational institutions. The plan is to pool the collective knowledge and create an ocean research and innovation hub that will enable sustainable solutions to develop to solve the challenges facing the oceans.

Finally, in this modern age, the challenge of data is being addressed. One of the biggest challenges facing global marine research is lack of knowledge. “Compared to the innovation and research done on land, data-driven marine research is far behind,” Hislop says. “In fact, nobody knows how much data is available about the oceans today. There are several smaller data initiatives and platforms in the world today, but no all-encompassing platform combining it all. The Ocean Data Platform is an initiative to change this.”

The initial focus is to build a research vessel, but research will not be its only role. The design is a hybrid that allows the ship to double up as a research vessel and a luxury yacht. The construction is well underway in Romania where they will build the shell. During the summer, it will be towed to Norway to fit out the scientific and research equipment before moving on to Germany next year where it will be fitted out as a luxury yacht.

“The boat is going to be the most sophisticated research vessel in the world,” Hislop says. “It’s going to have a tremendous amount of equipment that will enable it to undertake all manner of scientific research. It will feature a fleet of submersibles – both manned and unmanned, a moon pool to launch them from, a sophisticated trawling system, wet and dry labs, and meeting facilities.

“We are in discussions with the BBC about filming Blue Planet 3 and Frozen Oceans from the vessel,” Hislop adds. “The submersibles will be extremely important in terms of the ability to go deep down in the ocean and see things that we’ve never seen before. We’re looking to partner with companies to be able to do live streaming from these vehicles as well. We’ll be able to see live exactly what’s happening down 3,000, 4,000, 5,000 meters below the ocean.”

One of the most innovative features of the boat is the trawling system. Instead of catching the fish and hauling them on deck, the fish will essentially swim through the net and through the scanning system where they will be photographed and identified without any disruption to their normal lives.

“That’s another way of trying to be as sustainable as possible while doing environmental monitoring,” Hislop says. “Besides the research facilities, we hope this vessel be an education platform and a place to bring together policymakers and decision makers. There will be an auditorium and a variety of classrooms on the boat.”