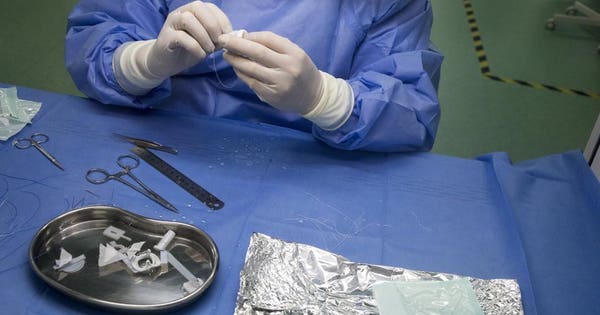 Last week, The Cut published a piece on “chronic-Lyme” entitled “Maybe It’s Lyme: What happens when illness becomes an identity?” by Molly Fischer. My first thought when a friend shared this article was to think, “I wonder how many death threats this writer has received?” The reason for my inner query is that I too have written on the chronic-Lyme community as well as other illnesses that defy scientific evidence and as a result received some very troubling correspondence. What I have learned in writing on these topics is that in recent years with easy access to the internet, many patients have started to create communities and identity politics surrounding their particular somatic or psychological struggles. Fischer notes in her article that chronic-Lyme “has grown into a phenomenon often untethered from scientific method or peer review” and the reality is that merely pointing this fact out will result in blowback to doctors, researchers and even journalists.

We are living in an era where patients have been turned into clients and the client-side demand for medicine has been blurred with what was once upon a time patient advocacy for, say, more research into understudied illnesses or studies that correct the medical research sex gap which has traditionally focussed upon male bodies. There are organizations like the National Patient Advocate Foundation (NPAF) which looks at medical policy, the need for patient involvement and consent in their treatment and which addresses at the problems of financial hardship and healthcare. However, the kind of communities that have popped up in the past two decades that are disease-specific such as chronic-Lyme and chronic fatigue syndrome are attracting advocates who are not only passionate about getting better as is understandable, but which are also becoming podiums for some who can be quite abusive if, for instance, remedies are found that might indicate a therapeutic resolution for some patients. With the rise of social media, the organization of these groups is quite developed and their reach vast. In general, the pushback to certain treatments is rejected if there is any hint that the illness is psychological. This is, however, not always the case.

There is also a burgeoning community of people who view that technological advances in medicine and biotechnology mean that they should have the right to access such treatments. But what if technological advancements are driving advocacy groups’ demands for specific types of care that are even not yet offered? The access to medical information online has also created another tier to patient demands where people are able to see experimental treatments offered in other countries which drives the demand for patients to advocate for these very treatments even if beyond the specialty of clinicians.

I spoke with Dr. Saad AlSogair, Vice President of MEIDAM (Middle East International Dermatology & Aesthetic Medicine Conference & Exhibition) and we discussed the burgeoning esthetic medicine market that largely came about as a result of patient advocacy. AlSogair explained the other side of patient demand to me stating: “The introduction of technically advanced products enabling minimally invasive surgeries has been identified as the most influential growth driver in this field. Moreover, the rise in disposable income has boosted the demand for cosmetic surgeries, thereby accelerating market growth.” Yet, as the field of esthetic medicine has exploded in recent years, there are still calls for what is called “ethical esthetic medicine” and with special attention paid to “ethical dilemmas” in this field.

Recent research points to a link between what patients feel they have a right to as consumers and what patients believe they need. As a result, doctors are even trained in how to say “no” to patients when the dynamic turns too into that of client and salesperson despite the limited scope of a physicians knowledge in a specific field or the desire of a clinician to do no harm.

In this same way, biotech firms are also being put in the position of having to say no to patients desperate to use medicines they have developed which have not yet received FDA approval. Such was the case in 2007 of Penelope London, a small child who had neuroblastoma, where the drug that potentially could have kept her alive, developed by Neotropix Inc, was not yet approved. Patient-advocacy groups in the US got involved as well as several high-profile politicians who argued that patients’ constitutional rights are violated when they are not allowed to use experimental medicines. The London family ended up searching out other avenues to save their daughter, but this case is just one of many similar cases where we are seeing how patient advocacy groups are sprouting up in the search for newer treatments and medicines that are still in development.

One organization, The Abigail Alliance, has even taken on the challenge to advocate that the FDA allow patients to buy drugs currently in testing directly from biotech companies. Additionally, the growth of biotech firms in cancer drug research is improving the scope of treatments such that cancer patients will soon face an even wider array of medicines available to them, hopefully already having completed the trial phases of testing. Yet, the advocacy for healthcare, drug testing and specific treatment plans for illness are often so politically charged today that some practitioners in the field are torn between what a politicized community is demanding and what is best for the patient.

One example of this is in the UK, where doctors within the country’s national health system (the NHS) have in recent months have critiqued their experiences at the only clinic specialized in transgender medicine for children within the country. Last year, the governor of the Tavistock and Portman Foundation NHS Foundation Trust, Marcus Evans, accused the management of the clinic of having an “overvalued belief in” the expertise of its branch devoted to gender identity, the Gender Identity Development Service (GIDS). Evans further accused the trust of  “dismiss[ing] challenge and examination.” Then this spring, five clinicians at the Tavistock Centre which is run by the Gender Identity Development Service (GIDS) allege that this center has been approving “life-changing medical intervention” on children and adolescents “without sufficient evidence of its long-term effects” citing feeling pressured to refer young people for life-altering treatments. There have been at least 18 staff members who have resigned in similar protest over the past three years from the GIDS. In response to these resignations, Carl Heneghan, director of the Centre of Evidence-based Medicine at the University of Oxford, told the Times: “Given paucity of evidence, the off-label use of drugs [for outcomes not covered by the medicine’s license] in gender dysphoria treatment largely means an unregulated live experiment on children.”

Earlier this month, Dr Kirsty Entwistle, a former clinician who worked at the Leeds’ GIDS, detailed how clinicians have been fearful around their work in diagnosing children for fear of being labelled “transphobic.” In her open letter to Polly Carmichael, the director of GIDS, Entwistle wrote:

I think it is a problem that GIDS clinicians are making decisions that will have a major impact on children and young people’s bodies and on their lives, potentially the rest of their lives, without a robust evidence base. GIDS clinicians tell children and families that puberty blockers/hormone blocks are “fully reversible” but the reality is no one knows what the impacts are on children’s brains so how is it possible to make this claim? It is also a problem that GIDS clinicians are afraid of raising their concerns for fear of being labelled transphobic by colleagues.

Echoing Entwistle’s assertions this week, Michael Biggs, an associate professor in the Department of Sociology at the University of Oxford, published “The Tavistock’s Experiment with Puberty Blockers” where he analyzes the devastating reality behind GIDS’ treatment of children through the administration of puberty blockers (triptorelin). Biggs demonstrates how Carmichael vastly misrepresented the safety and efficacy of these puberty blockers and avoided publishing the results of a study which examined the use of puberty blockers on these very children. Biggs writes, “The failure to fully publish the results of the experiment—for all 44 children given triptorelin, on all the outcomes that the study measured—suggests that it was a pretext to administer unlicensed drugs rather than an attempt to acquire scientific knowledge.” Biggs shows the links between parent advocacy for the medicalization of their children and the suppression of the negative results of Carmichael’s study which she also misrepresented to the media. He also demonstrates the myriad financial conflicts of interest at the heart of this trust’s practices while maintaining that GIDS is carrying out experimental treatment on adolescents driven in large part by advocacy groups like Mermaids.

What we are facing today is a crisis in medicine and the biotech sector where the demand for treatments and medicines is often being advocated by the patient and patient advocacy groups who are emotionally invested in a certain outcome, regardless of safety or medical wisdom. While sympathy with those suffering from various conditions is warranted, we need to ensure that medical and research establishments are not hijacked by lobby groups who just want doctors to do as they command.