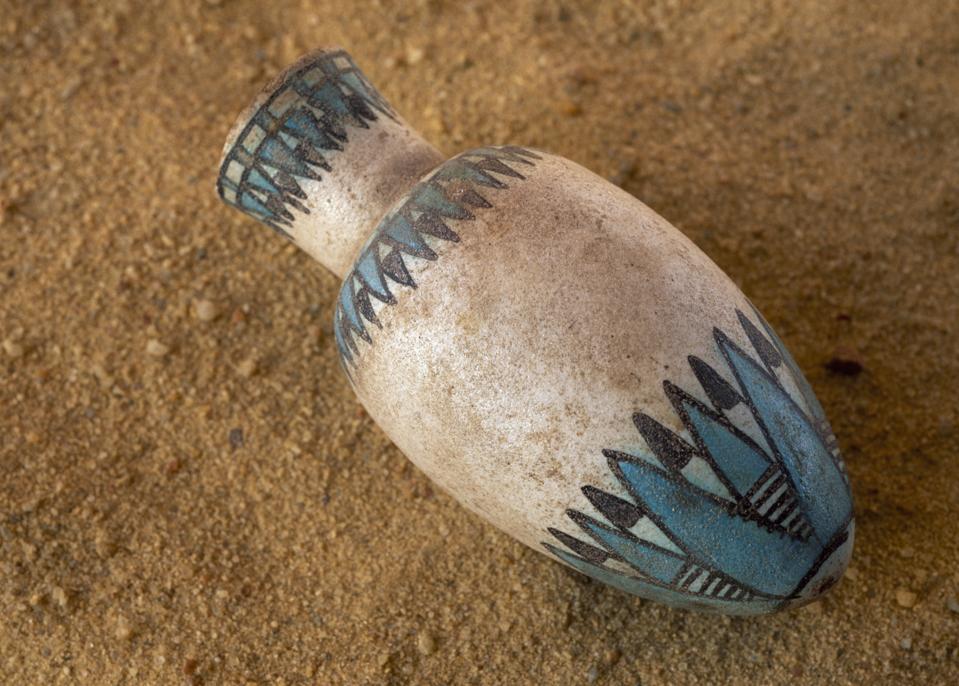 Last month, a few lucky individuals got to taste history. Seamus Blackley shared on Twitter that he had baked bread with a 4,500-year-old microbial combination of yeast and bacteria.

With the help of Dr. Serena Love, an Egyptologist, and microbiologist Richard Bowman, Blackley literally brought history to life. To get the ancient yeast, Blackley visited the Museum of Fine Arts in Boston and the Peabody Museum of Archeology and Ethnology.

The team selected ancient Egyptian pottery that was used in brewing beer and making bread. They carefully and non-invasively sampled for dormant yeasts and bacteria that get stuck in tiny ceramic pores. Instead of swabbing or scraping, they pumped sterile fluid into the ancient pots and vacuumed it back out.

Blackley kept some of the sample for himself to try baking bread. He used organic, sterilized barley, kamut, and Einkorn flour, since modern wheat was not developed until “long after [those] organisms went to sleep.” As the yeast were hard at work in the dough, active for the first time in millennia, the unique scent and taste of the baking bread moved Blackley emotionally.

As a next step, Blackley called for scientists to sequence the yeast genome to test for contamination and compare its genome to that of modern baker’s yeast. A month after the bread tasting was shared on social media, Blackley is now working with a team of volunteer scientists.

Bowman, the microbiologist, said “We’d like to do something to sell it – perhaps collect ancient recipes.” The chance to taste the bread the Egyptians dined on may someday come to a grocery store near you.