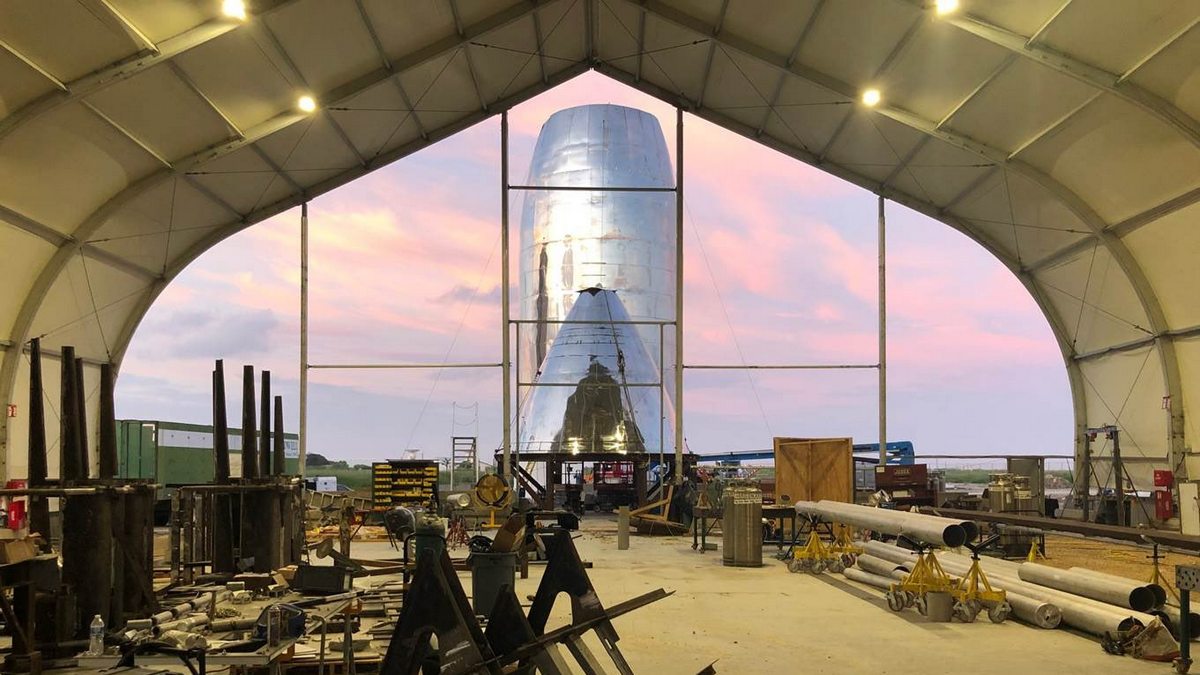 Tesla and SpaceX CEO Elon Musk has posted two new pictures on Twitter showing the latest construction updates for the Starship rocket prototype that is being built at SpaceXs Boca Chica, Texas facility.

One of the images shows the vehicle, Starship Mk1, which is being assembled at SpaceX’s South Texas facility near the village of Boca Chica, in the background, standing behind a building that contains a variety of parts and other equipment, news portal space.com reported on Wednesday.

The second photo he posted is of a large metal disc being lowered onto Mk1’s body. This he captioned as “Area 51 of Area 51”.

SpaceX hopes for Starship to be used as a commercial spacecraft that will be able to take off and land like an airplane. It is expected to be ready by 2021.

Musk is expected to announce the company’s latest update to the Starship on September 28.