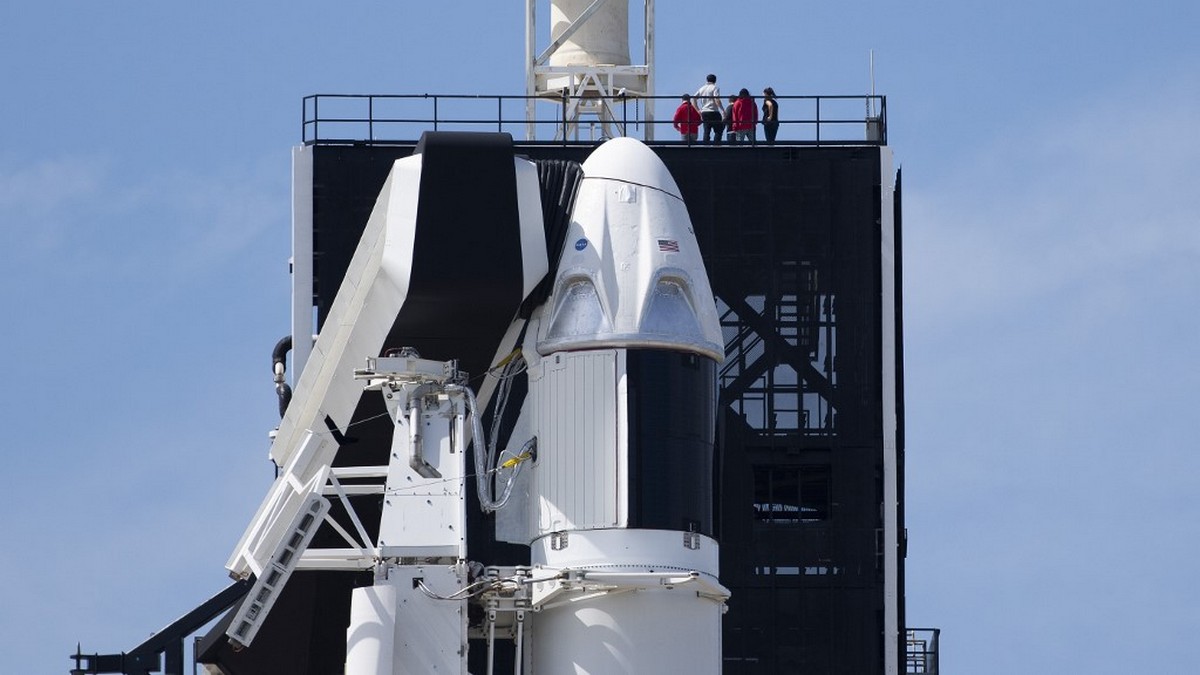 A NASA safety panel said on Thursday that Saturday’s accident on a SpaceX astronaut capsule happened after eight engines were test fired, but offered scant details on what caused the mishap or the extent of the damage.

NASA’s Aerospace Safety Advisory Panel (ASAP) told reporters Elon Musk’s rocket company continues to investigate the cause of the ‘anomaly‘ during a test of engines designed to propel the crew to safety at Cape Canaveral Air Force Station in Florida.

Orange smoke was seen rising above SpaceX’s facilities by a photographer working for local newspaper Florida Today. No injuries were reported.

The capsule, which conducted a six-day test flight to the International Space Station in March, was one of at least six models SpaceX has in production.

The company is planning to launch Crew Dragon’s first mission to space carrying humans as soon as July, though the accident could delay that.

ASAP chair Patricia Sanders said SpaceX and NASA are in the early stages of the investigation, focussing on collecting data from the accident and determining how much it will impact the schedule for the human spaceflight mission.

NASA awarded $6.8 billion to SpaceX and Boeing to develop separate capsule systems to fly astronauts to space, but both companies have faced technical challenges and delays.

“There’s been a lot of progress made on each side, but there’s still technical issues that need to be resolved as both providers are on the path to qualification,” ASAP member Sandra Magnus, a former US astronaut, said.