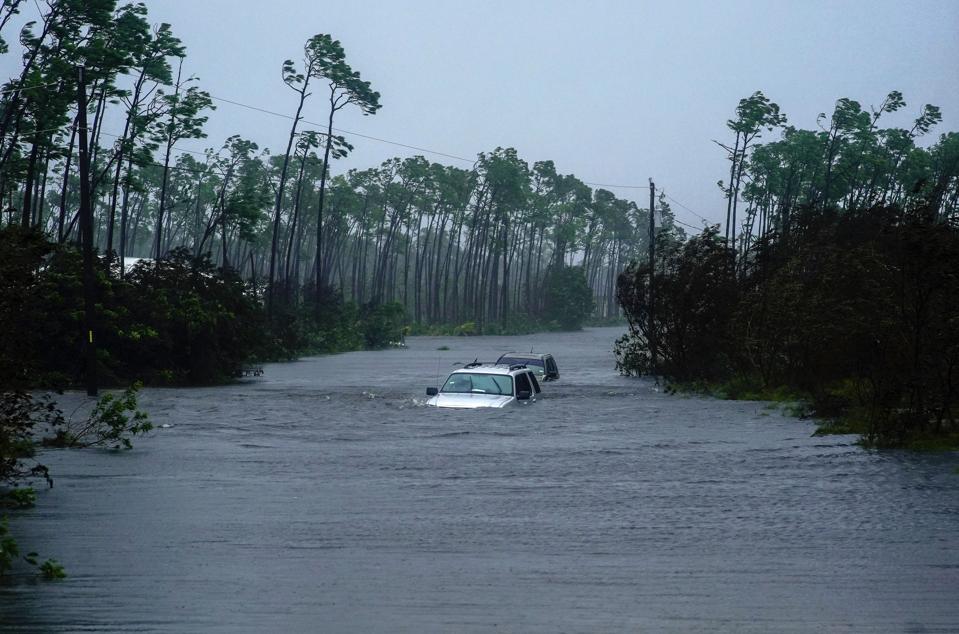 The storm has claimed at least five lives in the Bahamas and done untold billions in damage, including the mangling of an estimated 13,000 homes.

As the storm weakens slightly and finally begins to turn northwest and move away from the Bahamas, Prime Minister Hubert Minnis calls the aftermath “unprecedented.”

Disturbing video from the island shows that the surging Atlantic has completely overtaken a runway and is lapping at buildings at Freeport’s Grand Bahama International Airport.

This clip shows knee-high flooding in the home of Bahamas Agriculture Minister Michael Pintard as waves can be seen rolling past his windows:

Satellite images show storm surge and rainfall has inundated a shocking amount of the island near its main city of Freeport:

The hospital in Freeport was evacuated as floodwaters inundated the emergency room.

Before Dorian settled in for a long, unwelcomed stay on Grand Bahama, it delivered a more brief but still devastating blow to the Abaco islands over the weekend. In areas like the neighborhoods below, the damage appears to be a total loss.

As of Tuesday morning, Dorian has weakened as it moves away from the Bahamas, but forecasters warn it is still a dangerous storm that is growing in size. Storm surge and hurricane warnings are in effect for coastal areas from Florida to North Carolina.

Please continue to prepare for this storm and stay up to date with the latest information from the National Hurricane Center and trusted local resources.