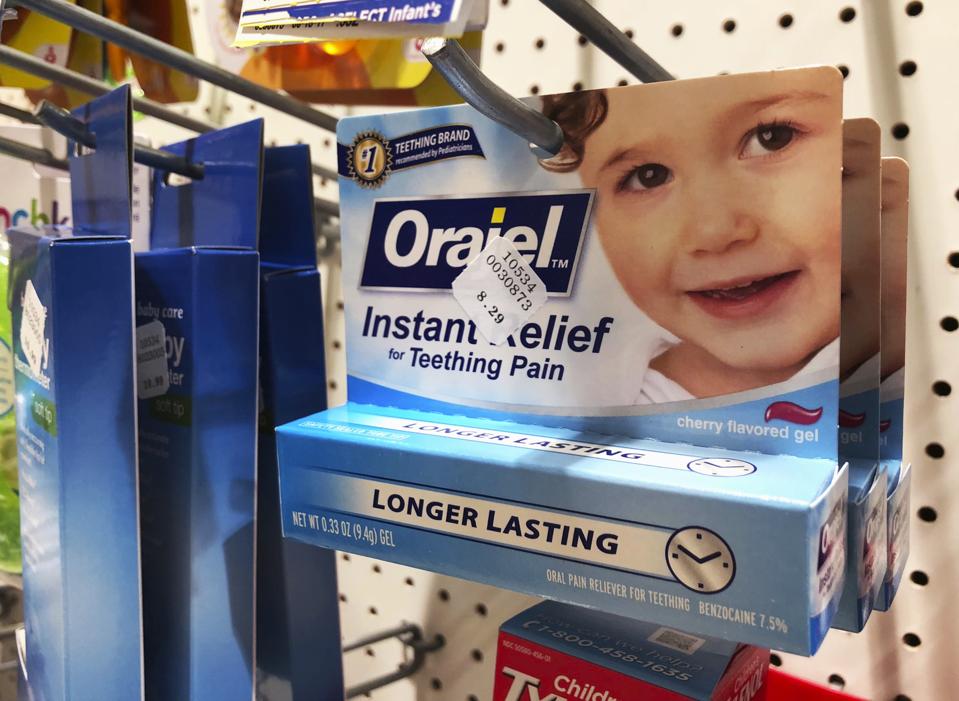 There are “blue bloods,” as in aristocrats or people who are socially prominent. There is Blue Bloods, the television series. Then, there’s the woman who actually had blue blood, as described in a case report in the New England Journal of Medicine.

No, she wasn’t Vulcan or Kree, and she wasn’t born that way. Instead, the issues began after the 25-year-old woman had used what was described as “large amounts of topical benzocaine” for a toothache. Within a day, she had began experiencing weakness, fatigue, and shortness of breath, breathing at a rate of over 20 breaths per minute. Normally, your respiratory rate should be between 12 and 20 breaths per minute when you are not watching Game of Thrones or exercising. This may have left her feeling blue. If it did, here feelings weren’t the only thing that turned blue. Her skin turned bluish as well.

Otis U. Warren, MD, and Benjamin Blackwood, MD, who authored the case report, saw the patient at Miriam Hospital in Providence, RI. In the emergency department, the patient’s initially measured oxygen saturation was 88%. The oxygen saturation, or “O2 sat” if you don’t have enough time to say “xygen” and “uration,” is the percentage of hemoglobin in your red blood cells that is carrying oxygen molecules. This normally should be at least 95% because hemoglobin is the protein in your red blood cells that acts as Ubers or Lyfts for oxygen, carrying oxygen to different parts of your body. Oxygen, of course, is essential for your body parts to survive. In other words, no oxy, no lifey.

When they took her blood (a sample of it and not all of it), the blood appeared dark bluish as seen in the photos in the following tweet:

Sort of looks like the stuff coming out of Bree Larson’s nose in the movie Captain Marvel. Doctors ran some tests on the blood and found that the oxygen saturation was actually lower than initially measured, 67%. Additionally, 44% of the hemoglobin in the blood was methemoglobin, a form of hemoglobin that can carry oxygen, but can’t release the oxygen as needed into body tissues. Think of this a Lyft or Uber that can pick up passengers but can never drop them off anywhere.

Thus, while having “blue blood” figuratively may help you get into a country club, having blue blood literally can get you into trouble. In this case, doctors deemed the woman’s methemoglobin levels and resulting symptoms severe enough to require treatment. Therefore, the team taking care of the woman gave her something else blue: methylene blue though an intravenous line. If you think this is like using ketchup to remove a tomato sauce stain, it isn’t. Methylene blue can help convert methemoglobin into hemoglobin and is a standard treatment for more severe cases of methemoglobinemia, which is having too much methemoglobin is your red blood cells and thus your blood. The suffix “-emia” refers to “in the blood” or “of the blood.”

Apparently the methylene blue did the trick and completely reversed her problems. After the treatment, she and her blood were not longer blue da ba dee da ba daa, as the song goes. She still had the toothache, so the doctors then suggested that she see a dentist.

In general, there are two ways that you can get methemoglobinemia. One is to have it at birth, which is called either inherited and congenital methemoglobinemia. In this case, there is a problem with erythrocyte reductase, the enzyme that converts methemoglobin to hemoglobin. Either there isn’t enough of this enzyme in your red blood cells or the enzyme just ain’t functioning well in your body.

The second way is to get it is being exposed to particular medicines, chemicals, or foods, which is considered acquired methemoglobinemia. As I wrote previously in Forbes, last year the U.S. Food and Drug Administration (FDA) issued a warning about how benzocaine can lead to methemoglobinemia, especially in kids less than two years of age. Benzocaine is an anesthetic found in products such as Anbesol, Cepacol, Chloraseptic, Hurricaine, Orabase, Orajel and Topex. Other substances that can lead to methemoglobinemia include nitrobenzene, a chemical used in manufacturing, certain antibiotics such as dapsone and chloroquine, and nitrites, added to meat to prevent spoiling. In acquired methemoglobinemia, just stopping the offending substance may resolve the problem.

Of course, keep in mind that this is case report in the New England Journal of Medicine for a reason. It is a rare occurrence. It’s not as if everyone using benzocaine is turning blue. Therefore, if you are less than two years old and can somehow read this, you may want to lay off on the benzocaine since your risk of methemoglobinemia is higher. If you are older and want to use benzocaine, in most cases, you have nothing to worry about, as long as you follow instructions and preferably communicate with your dentist. However, if you do start having a headache, shortness of breath, fatigue, giddiness, or changes in your mental state after using benzocaine, don’t just brush it off as something more may be happening.