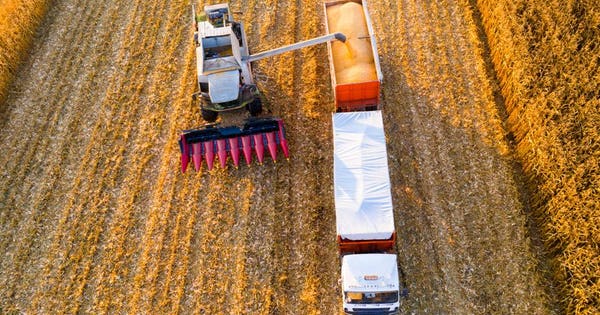 The more than 90 million acres of U.S. land planted in corn has been a recent area of focus and concern with conflicting predictions of fall freeze timing.

One of the most significant impacts of frost and freeze timing for the agricultural industry is a shortened growing season that can seriously impact plant production and crop volume. In particular, the more than 90 million acres of U.S. land planted in corn has been a recent area of focus and concern with conflicting predictions of fall freeze timing.

It’s important to know that there are substantial differences between frost and freeze when talking about impact on agriculture and crops. Put simply, frost is made up of the ice crystals that form on surfaces overnight, and can happen when temperatures are above or below freezing. It is also closely tied to the amount of water in the air. A freeze, on the other hand, is when the air temperature drops below 32 degrees Fahrenheit. There can be frost when it’s not freezing and it can freeze without frost.

Meteorologists are seeing a shift in both frost and freeze dates, and also in growing season durations as the climate changes. These changes put crops, like corn, at an increased risk of experiencing season-ending frost or freeze events, which ultimately can have an impact on yield. This year, with a record-late corn crop creeping toward maturity this fall, the timing and severity of each region’s first freeze is top of mind for many farmers.

According to Bryce Anderson, DTN senior agriculture meteorologist (Disclosure: This author works for DTN), the fall weather forecast does not show a high risk for an early freeze in the corn belt region. However, because of the late start this year, the freeze is something farmers are thinking about. Assessing actual risk is complicated because corn responds to cold temperatures very differently depending on whether it’s a light frost or a deep freeze. And, even an average freeze would significantly impact this year’s crops as they are far behind in maturity.

In order to fully appreciate the impact that an early freeze can have, it’s important to understand a bit about how corn matures. A recent DTN story on the subject by staff reporter Emily Unglesbee described how corn reaches maturity when the cells at the tip of each kernel die and collapse into a distinct thin, black layer. “It’s like a door closing,” Purdue University Extension corn agronomist Bob Nielsen explained in the story. “Once those cells have died and collapsed, the kernel cannot receive any more dry matter,” Nielsen said. At that point, corn yield is at its peak.

Nielsen offers insight into the frost and freeze impact on that potential yield. “We can get light frosts when temperatures are even as warm as 40 degrees, on a really clear night,” he said. A light layer of frost can injure and kill plant leaves, but it usually doesn’t kill the corn stalk, but rather it serves as an alarm system, telling the corn plant to go ahead and finish up,” Nielsen explained.

But a hard freeze, where temperatures plunge below 28 degrees for several hours is a different story. “A true killing freeze stops everything dead in its tracks,” Nielsen said.

Because the plant is dead, no more dry matter will be pumped into the grain as the black layer slowly develops. Growers will be left with whatever yield was accumulated at that point.

When we look at where corn crops are right now in their maturation, for the week ending Sept. 13, only 18% of the corn crop was mature, compared to 51% at this time last. The current maturity is also 21 percentage points behind the five-year average of 39%. The late planting this past spring has been a major impact on these numbers.

Anderson said the long-range forecasts offer some encouraging news for yield potential. For the rest of September, expect above average temperatures. A wetter pattern looks likely to set in during October while temperatures remain on the high side of normal.

“Warm temps in October should help corn crops reach or get close to maturity before the first freeze,” Anderson said, but a rainy weather pattern is likely to delay or prolong the harvest season. Field conditions should improve in November as the pattern dries out and mild temperatures linger.

While freeze forecasts are more favorable, especially for corn, there’s a long way to go until the crop is in the bin, and anything could happen, especially with the kind of year it’s been. Anticipation for the first hard freeze is just one more thing being put to the test for U.S. corn producers this year.