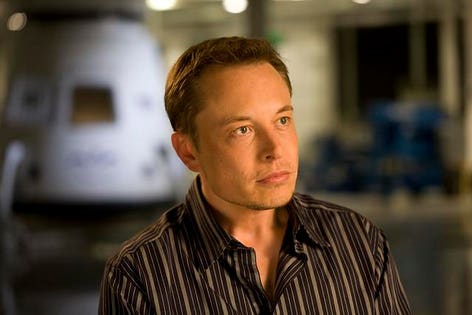 With swagger and audacity never seen at the time, a visiting tech industry titan and budding space entrepreneur named Elon Musk paced the hallways of the Pentagon. It was 2011 and the U.S. Government Accountability Office (GAO) had recently reported that the United States Air Force was paying about $350 million per launch of a satellite. Without flinching, Elon was promising that he could deliver national security space launches for as little as $60 million. Of course, the incumbents scoffed at him, the Pentagon staff said it was impossible and Congress was already circling its wagons to protect its constituent interests. One person though, the newly appointed chief weapons buyer for the entire defense department, took notice and that made all the difference. Promoting competition, we were to learn, was one of Frank Kendall’s key acquisition tenets.

Kendall decided to leverage Musk’s simple promise to save taxpayer money, but what ensued was so much more: a renaissance for national security space and ultimately for the country. By reducing the Air Force sole source rocket contract from 50 to only 36, he was able to direct a head to head competition for the other 14 launches. His unprecedented decision, directly challenging a service’s existing acquisition program with stable pricing and performance, sent a shock wave throughout the space business.

More than eight years later, the very real threat of competition means the Air Force currently pays the incumbent far less than half of what it paid ten years ago without adjusting for inflation and SpaceX launches are far less expensive than that, already having saved taxpayers billions of dollars. Today, with the Air Force’s fully competitive request for proposals just released, tens of billions more will be saved in the future. In addition to those savings, hundreds of new rocket scientists and engineers are being trained and thousands of great paying American jobs are being created every year,  all while thrilling an American public with spectacular launches and igniting the second space race. Most importantly, the results of that momentous decision unequivocally demonstrate the tremendous value and continuous need for transparency and competition by the government for space products and services whenever possible. The impact from his one pen stroke continues to endure and will for decades to come.

Even more significant for the new space race is that hundreds of new space companies have been created in the last ten years, their founders largely inspired and emboldened by SpaceX’s success as a commercial company. While a few are backed by billionaires, most have convinced private investors of their visions for a smarter, more competitive and ultimately transformational space industry. Each of these companies has the potential to ignite another  “SpaceX” revolution in their segments of the space business. Imagine the innovation possibilities that await the U.S. government when the other 80% of space business, such as satellites, ground operations and remote sensing data are also allowed and encouraged to compete against USG incumbents.

Other than buying commercial products, how specifically could the U.S. government invest in this new commercial sector?  First, the government must invest its time and infrastructure to develop and execute streamlined competitive acquisition strategies for more space sectors.  This entails encouraging leaders to take a bureaucratic risk as Frank Kendall did in his SpaceX acquisition experiment eight years ago. The most obvious sectors after launch are the remote sensing satellite and data service companies. The government must challenge itself and these remote sensing satellite companies with acquisition strategies allowing them to compete to deliver systems to perform real national security missions. Rather than seeing it as a burden to accommodate, the government must seize the opportunity and pivot to encouraging the hundreds of commercial space mavericks leading companies inspired by Musk’s success.

Second, the government must stop telling companies how to do things, start telling them what’s needed and let them surprise us all with innovation and creativity.  Identify specific geospatial or remote sensing satellites or services needs that the commercial industry can deliver and compete for multiple fixed price contracts. Finally, when commercially available goods or services are available and similar, the government must no longer develop competing versions.  It’s a waste of precious national treasure, crowds out private investment and doesn’t leverage a fundamental economic truth—the market itself is an incredibly efficient determinant of optimum capital allocation for growth and value.

When the government began deregulating the airline, telephone and information technology industries to encourage competition and innovation, those sectors grew massively and innovated beyond anyone’s imagination. Similar to what it did with those industries, the government must foster a culture of commercial competition so that it can leverage even more from the space domain. Musk and his team have made some mistakes in the last eight years and even had some failures but they have accomplished extraordinary things for themselves and the public. When the government invests its efforts into competition for remote sensing systems and services rather than the status quo, the taxpayers will save another ten billion dollars and a hundred more American miracles like SpaceX will emerge. Ten billion here, ten billion there, pretty soon we’re talking about real money.