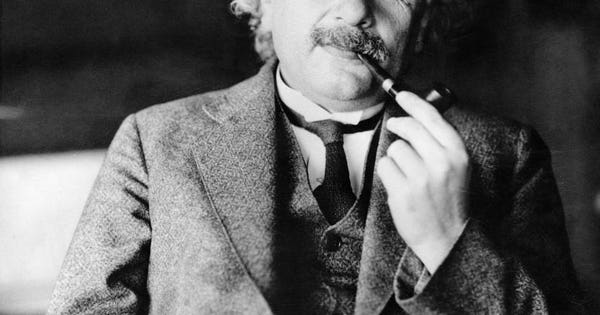 Everyone knows Albert Einstein was a genius, but can you explain what he’s famous for? Arguably his foremost theory, his general theory of relativity, turns 100 years old this week. It was actually published in 1915, during the First World War, but remained an unproven theory until photographs were taken during a solar eclipse on May 29, 1919 proved him right (see my other post today for more details on that).

Anyway, Einstein’s general theory of relativity has become known for its incredibly graceful, beautiful and accurate description of how the cosmos works.

Why do I need to know about relativity?

You need to know this stuff like you need to know ‘where do babies come from?’ or ‘why is the sky blue?’ and, actually, it’s pretty simple to grasp. It’s also useful to know how it was proved, both 100 years ago this week, and much more recently by the Hubble Space Telescope and with the recent detection of gravitational waves.

So I talked to Los Angeles-based astrophysicist and aerospace engineer Dr. Erin Macdonald, who specializes in general relativity, and who previously worked in the LIGO Scientific Collaboration searching for gravitational waves, a key prediction of Einstein’s.

So here it is; everything you need to understand Albert Einstein’s general theory of relativity:

The background: the cosmos is 4D

“Our Universe is four-dimensional. We have three dimensions in space and one dimension in time. We can control space, we constantly move forward in time, but we have no control over how we move within it,” says Macdonald. “Relativity is looking at what happens when you introduce mass into that four-dimensional fabric.”

The metaphor: a bowling ball on a trampoline

“The bowling ball on the trampoline is the image most people are comfortable with: you introduce mass (the bowling ball) to this fabric and it’s going to dip down,” she says. “The briefest way to summarize it is that mass curves space-time, which in turn tells mass how to move. So the curvature of space-time dictates the motion of objects in our Universe, even massless objects like photons or light particles that travel in a straight line through curved space-time.” Remember that last part …

“A lot of Einstein’s scientific theories were driven by thought experiments about current problems in science. The holes in Newtonian gravity had already been punched for a while, and the idea of space-time had also been developed a few decades earlier,” says Macdonald. “But Einstein introduced math into the notion of space-time for the first time, and he was able to predict that light beams would curve and that ripples in space-time, called gravitational waves, were produced when stars explode or collide. It was a new theory of gravity that fixed a lot of the problems with Newtonian gravity, but scientists are trained to be skeptical. They wanted clear evidence.”

Mercury is the closest planet to the Sun, so is almost always lost in its glare.

Though he himself had proved to himself that his theory was good since it explained the odd orbit of Mercury (something Newtonian laws could not), Einstein needed observational astronomers to observe that light deflection by the sun makes light beams appear to curve. He also predicted that ripples in space-time, gravitational called waves, were produced when stars explode or collide.

The proof that light is deflected was gathered 100 years ago today. “Scientists were skeptical and the total solar eclipse [on May 29, 1919] was a great opportunity to really put Einstein’s theory through its paces. It won out,” says Macdonald. British astronomers did the heavy lifting, traveling to Brazil and Principe to take photos of stars close to the Sun during an eclipse. The photos showed the stars were in the position predicted by Einstein, not Isaac Newton; light beams curve as they pass through space-time curved by a massive object (in this case, our sun). “The same experiment was done in the 1920s and 1950s,” says Macdonald.

More proof came when the Hubble Space Telescope went up in the 1990s, with gravitational lensing allowing astronomers to see galaxies behind galaxies. “We’ve seen ‘Einstein’s Crosses’, which is when you have a big bulk of mass and the same image gets curved around it, so you see the same image maybe five times, or even a galaxy behind a large cluster of galaxies gets curved around,” says Macdonald.

The European Space Agency’s Faint Object Camera on board NASA’s Hubble Space Telescope has provided astronomers with the most detailed image ever taken of the gravitational lens G2237 + 0305 — sometimes referred to as the Einstein Cross. The photograph shows four images of a very distant quasar which has been multiple-imaged by a relatively nearby galaxy acting as a gravitational lens. The angular separation between the upper and lower images is 1.6 arcseconds.

Ever since the 1919 eclipse, Einstein’s general theory of relativity has consistently held up, and largely been accepted, but the final proof didn’t come until much more recently when on February 11, 2016, gravitational waves, those elusive ripples in space-time predicted by Einstein, were successfully detected by physicists with the Advanced Laser Interferometer Gravitational-Wave Observatory (LIGO) whose twin detectors heard gravitational ‘ringing’ produced by the collision of two black holes about 1.3 billion light-years) from Earth.

That’s everything you need to know about Albert Einstein’s General Theory Of Relativity, 100 years old today.