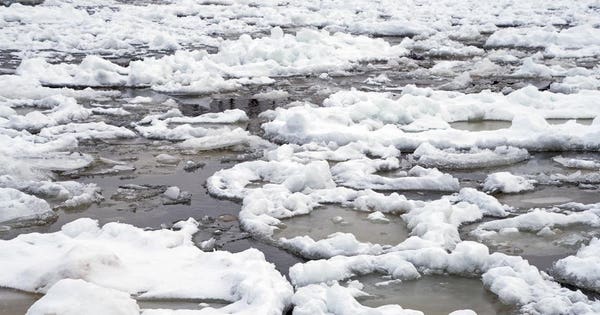 As spring arrives with warmer temperatures and decreasing snowfall, much of the continental United States can finally breathe a collective sigh of relief. Between the unseasonably cold temperatures to record amounts of precipitation, both spread across the country, there is no denying that there were some clear business ups and downs emerging from winter 2018-2019.

It is certainly no secret that the winter recreation saw a boost from tremendous amount of snow that fell in the western half of the United States. With early snowfalls, many of resorts were able to open for business earlier than usual in the first few weeks of November. However, despite the strong start to the season, conditions became poor the first three weeks of December resulting in a somewhat-significant hit. However the weather cooperated and conditions improved significantly for the remainder of the season, resulting in significant business growth for industry leader Vail Resorts, up 16 percent from the previous year.

As much as that abundant snow helped ski resorts, it also helped the winter sports industry overall. The industry, which includes everything from performance apparel and boots to skis and other gear,  saw significant boosts, as reported in the US Snow Industry Retail Market Report. This report shows retail sales in December, the peak sales period, were up 7.4 percent over the same period last year. Industry leaders recognize the great snow all over the U.S. as a driver in this sales growth.

In addition to ski resorts and other snow sports companies, other businesses also come out on top after a particularly tough winter. One of these was snow removal businesses who employ more than 260,000 people and results in over $17 billion annually. With temperatures below zero in many parts of the country in January and February, the plumbing industry is also expected to see a rise in profits, as are the natural gas providers and HVAC contractors. Even roofing companies saw an uptick in business due to heavy late-winter snows that caused significant damage to roofs across a large part of the Upper Midwest and Great Lakes.

A lot of businesses also took advantage of the extreme winter weather, including those along Lake Huron where larger-than-normal ‘ice mountains’ formed on the lake. Visitors traveled many miles to see Mother Nature’s work, which brought boosts to bait shops, gas stations and lodging.

While many businesses did benefit from the winter weather, others were not quite as lucky, including the farming industry. The heavy snowfall led to many barn collapses in Minnesota, Wisconsin and Iowa, resulting in significant losses in herds and milking facilities, which ultimately impacts income.

Businesses in Los Angeles also took a major hit this winter season, particularly in February when temperatures did not hit 70 degrees the entire month. Restaurants in the city who boast outdoor seating options had to invest in more outdoor heaters to keep guests and staff warm. The surfing industry also saw losses, as  colder-than-normal temperatures meant fewer people were hitting the beach.

Other parts of California may also experience losses from the winter, including citrus growers. Typically you hear about winter weather affecting citrus growers in Florida, but California is just as susceptible. Despite excellent conditions earlier in the season resulting in high supplies, the extreme winter weather experienced near the end of the season may result in losses. It is also no secret that weather affects consumer behavior. With the Northwest experiencing colder temperatures for longer periods, citrus sales were down with more people reaching for warm commodities, like soup, over oranges or grapefruits.

Small businesses, particularly those in small towns, are also experiencing the negative side of the winter weather. Some of these businesses include small cafes, grocery stores and novelty shops. With heavy snowfall, many of those businesses lost significant revenue because not many people were venturing out to eat, get groceries or purchase necessities, often forcing the businesses to close early resulting in further lost revenue.

While the official figures are still being tallied up for the 2018-19 winter season, there will continue to be more winners and losers in the winter battle with Mother Nature.